Sometimes a craving takes you by storm and if you are like me, you need to satisfy the urge or risk eating everything in sight. 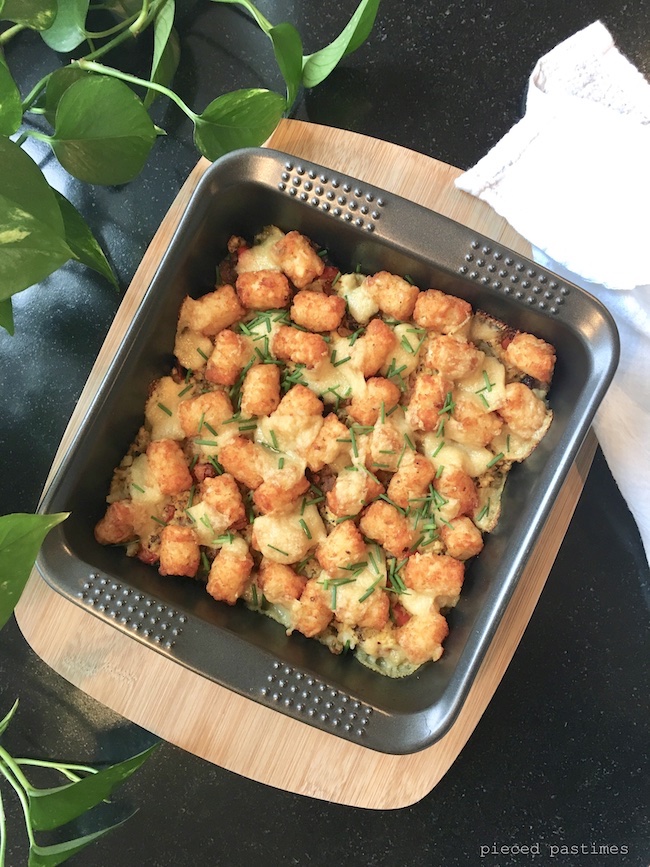 On this particular day, I had a strange hankering for tater tots. Mind you, I rarely eat them, but every now and then they just seem to hit the spot. 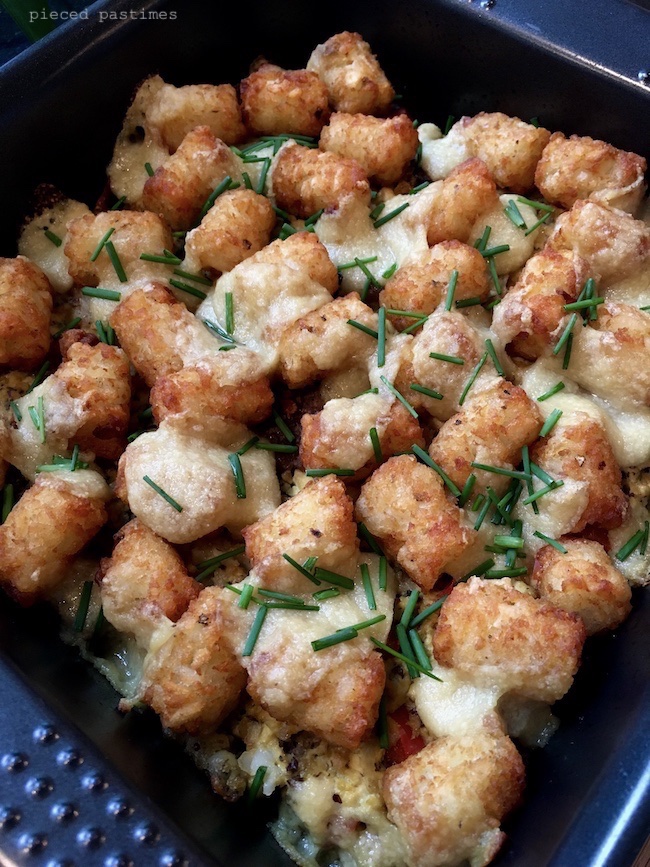 Ultimately, my tastebuds led me to create this recipe for 'Vegan Tater Tot Breakfast Casserole'. 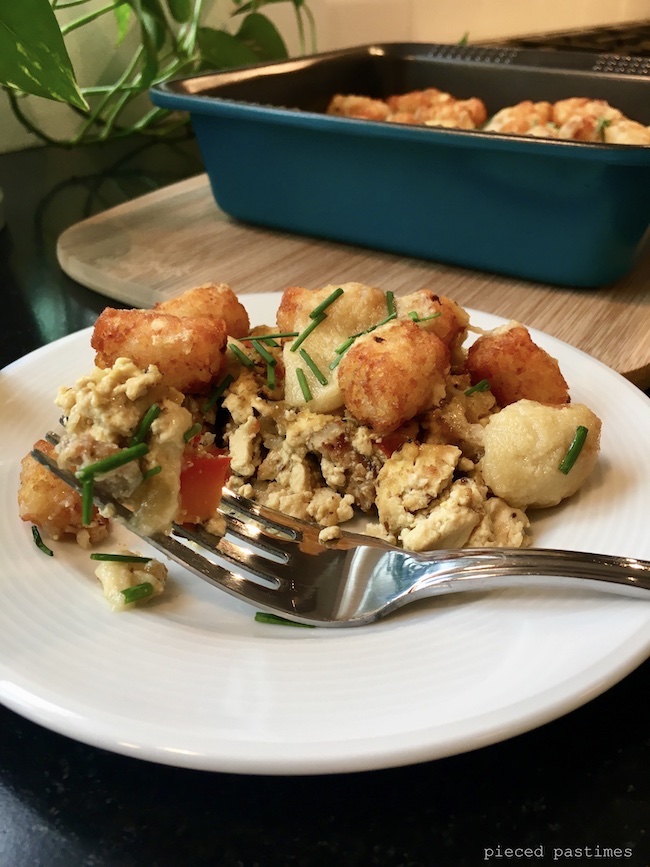 After a few tries, this final version fit the bill and helped to see me through the crisis....at least until my next craving. 😀

Now, onto the recipe:

Print Recipe
Tofu Scramble:
- Preheat oven to 350°- Coat a 9" square oven safe pan with Olive Oil Spray. Crumble sausage and cook in a non-stick skillet. Make the Tofu Scramble in a separate non-stick skillet by adding onion, red pepper and mushrooms. Cook on medium until starting to brown. Add 2 tbsp water and stir to incorporate the caramelization. Stir in the nutritional yeast, turmeric, black pepper, onion powder, black salt and almond milk. Crumble the tofu into the pan. Stir and cook for 5-10 minutes or until heated through. Spread cooked sausage into square pan. Pour tofu scramble over the sausage. Add a layer of pre-cooked tater tots (I cooked mine in the air fryer until they were nicely browned) over the tofu scramble and finish with the vegan mozzarella. Bake in oven for 30 minutes or until cheese is melted. Sprinkle with fresh chives.