Our property is home to many of God's creatures including coyotes.

We see them from time to time during the day but, it's the nights they own. 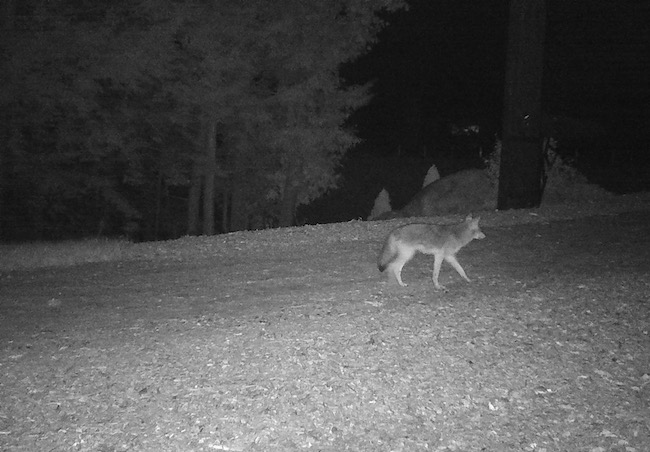 Our game cameras are filled with pictures of them out on the prowl.

The cover of darkness is their playground.

Their eerie sounds are undeniable and being awakened by their chilling howls can be quite unsettling.

We have mixed emotions about them.

While we appreciate their wild nature, we are also mindful of it. 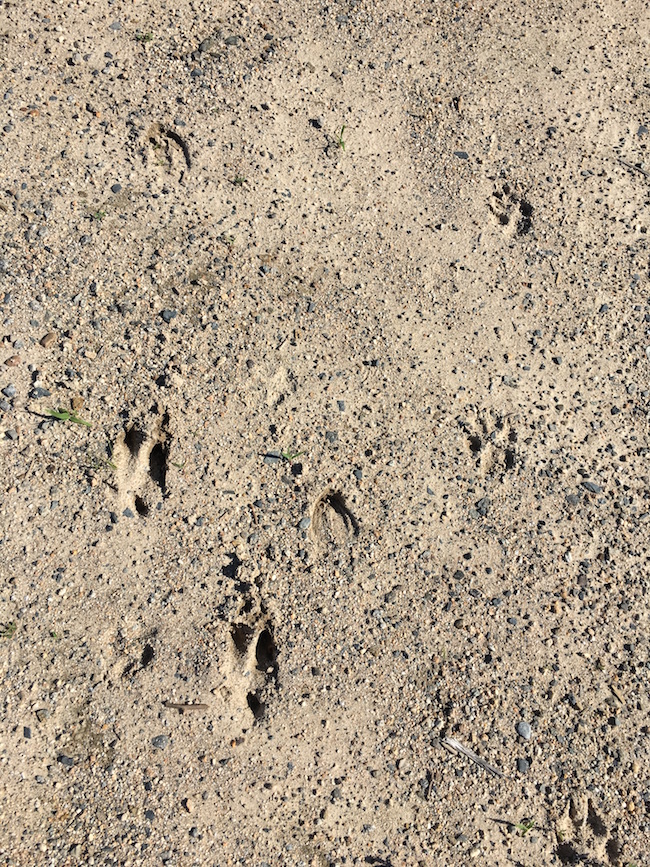 I snapped this picture while on a morning walk.

It's been over a week since I've seen any sign of my sweet dancing fawn.

Coyote's steps along side deer tracks are never a good sign.

My hope is that the little guy just moved on and didn't fall victim to the prairie wolves.

Our window into the wild shows us the beauty of nature, but also the harsh realities.

There is nothing I can do to change their plight, but my heart aches for them. 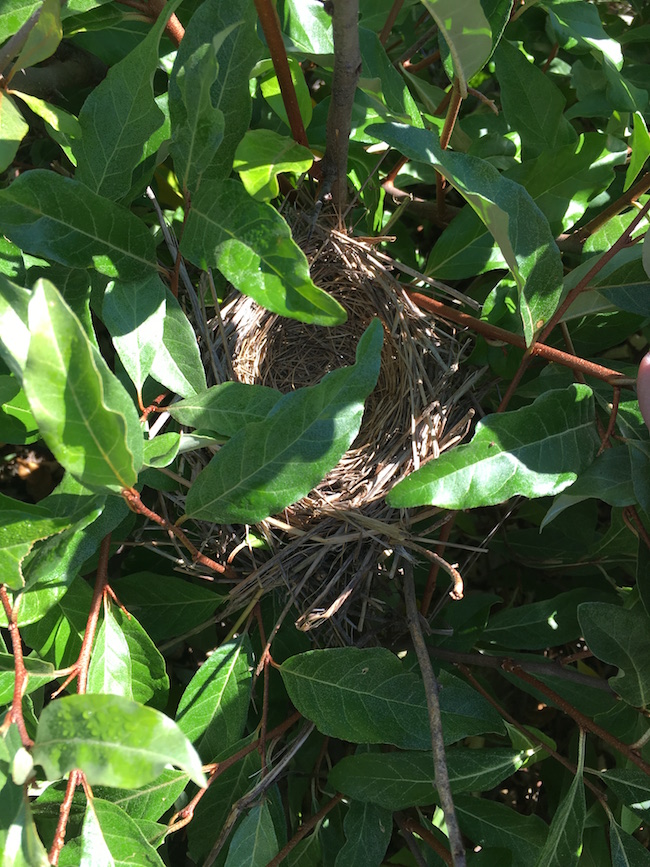 This nest is tucked deep inside a low lying bush.

Just days ago, it held a doting mother and four tiny blue eggs.

Today it is empty and the barren roost speaks volumes.

I suspect a raccoon or fox may be to blame.

They say that the coyote provides critical ecological benefits such as limiting populations of small animals that wreak havoc on the bird population, among other positive effects.

I suppose there would be many more empty nests if it weren't for these roaming packs.

Every creature has a purpose and there is good with the bad.

We just have to learn to co-exist.

After all, this is their home just as it is ours.